Toyota Motor Corp unveiled a prototype of its all-solid-state battery Nov 18, 2010, in Japan. It is a laminated cell measuring about 10 x 10cm.

The positive electrode, negative electrode and solid electrolyte of the prototyped cell are made by using lithium cobalt dioxide (LiCoO2), graphite and sulfide, respectively.

Furthermore, all-solid-state batteries are safer than organic electrolytes, which burn at high temperatures. And because they do not contain a liquid material, their packages can be simple.

Toyota confirmed that the prototyped all-solid-state battery can be used at a temperature of 100°C. At this temperature, existing lithium-ion rechargeable batteries using electrolytes cannot be used because their electrolytes boil.

All-solid-state batteries have a problem that a material is produced in a chemical reaction between the boundary surfaces of positive electrodes and solid electrolyte, increasing resistance. To solve this problem, Toyota reduced the resistance of the boundary surfaces by 99% by coating the surfaces of positive electrode materials with ceramics with help from the National Institute of Materials Science (NIMS). 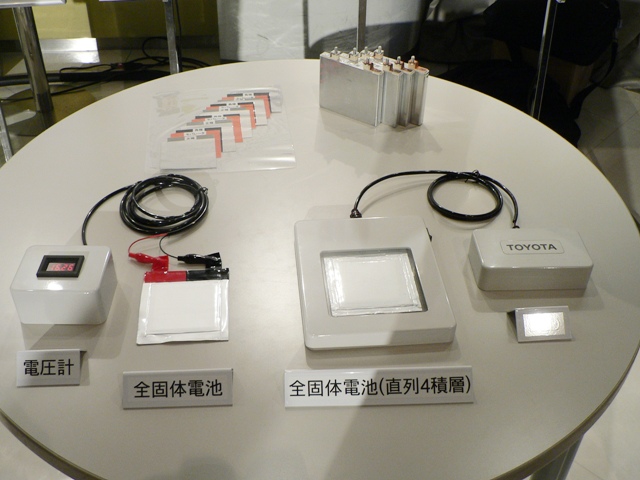 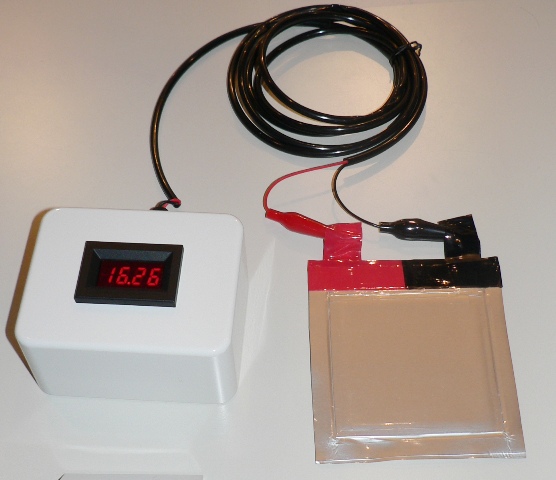